This real-life adventure story is based on an actual Canadian WWII veteran and family man turned bank robber. Disillusioned by his post-war life, Eddie Boyd (Speedman) is torn between his desire to provide for his wife (Reilly) and his dream to go to Hollywood and become a star. Eddie is charming, ambitious and hungry for success, and ultimately turns to crime in order to attain it.

Eddie gets his start by recruiting a gang of small-time crooks and slowly turns them into a crack team of professional thieves. He launches a series of spectacular bank robberies, gaining notoriety and quickly becoming both a beloved national celebrity and public enemy number one. Part action-packed crime caper, part romance, this vibrant film brings an incredible true story to life.

Jacques (Côté) and Marc (Houde) are father-and-son cops who don't exactly get along, but when a fellow officer is kidnapped by a biker gang, they're forced to partner up in order to save his life.

The pair infiltrates an outdoor camp for fathers and sons to snag Charles Bérubé (Girard), the biker gang's lawyer. As Jacques and Marc try to locate their missing colleague, they find the camp's bonding activities are having an emotional and hilarious impact on their own relationship.

"A can't-miss buddy comedy about a pair of dysfunctional father-son cops who are forced to go undercover at a touchy-feely bonding retreat...a genuinely amusing hybrid." — Michael Rechtshaffen, Hollywood Reporter

Set in the Haida Gwaii region in the 19th century, Edge of the Knife (SG̲aawaay Ḵ'uuna in Haida) adapts a classic Haida folk tale of a man left for dead in the forest who becomes the Gaagiid/Gaagiixiid, or “the Wildman”. After an accident where he is separated from his family, Adiits'ii (York) wanders through the forest becoming driven mad by both natural and supernatural forces. As his loved ones, including best friend Kwa (Russ), set out to capture and cure him, Adiits’ii grows increasingly feral.

The first feature film made entirely in the critically endangered Haida language - fluently spoken by fewer than 20 people - the film is a spellbinding and mythical tale of pride, tragedy and love, set against the stunning backdrop of Canada’s Pacific northwest.

Made with a Haida cast and in collaboration with the Haida Council, this compelling film proves that cinema can be at once a powerful vessel for storytelling and a profound act of Indigenous language and culture revitalization.

When Arctic bush pilot Charlie Halliday (Pepper) is given two rare walrus tusks by a group of Inuit, he agrees to fly a mission of mercy, transporting a sick girl (Piugattuk) to a hospital. It’s the early 1950s, and the brash pilot has flown through the Arctic for years without seriously thinking about the people who live there or how they survive.

Everything changes when Charlie’s plane goes down in the wilderness, leaving him alone with the young girl. Forced to rely on each other, the two form a bond of friendship as the summer months quickly end and winter’s harsh conditions begin to take hold. Based on a story by acclaimed Canadian author Farley Mowat, this is a beautifully rendered tale, set in the gorgeous but desolate Arctic. Director Smith played a key role in an earlier Mowat adaptation, Never Cry Wolf.

Actor/director Smith is known for roles in the 1973 classic American Graffiti and The Untouchables. He has directed episodes of Buffy the Vampire Slayer and Da Vinci’s Inquest, and his films include Stone of Destiny and Dolphin Tale. He directed A Dog’s Way Home, and most recently A Christmas Gift From Bob. He is currently completing the film Maybe This Time.

A young boy is raised in the French countryside by his grandma, who buys him a bicycle and encourages his dream of winning the Tour de France, in this whimsical animation. However, he gets kidnapped by a group of Mafia gangsters and taken to the big city of Belleville, where he is used for his bicycling prowess in an elaborate gambling scheme. Along with her faithful companion Bruno, his grandmother sets out to rescue him, and ends up befriending a trio of aging musicians who were once the '30s jazz trio known as The Triplets of Belleville.

Fifteen years ago, Inuk filmmaker Zacharias Kunuk won the prestigious Caméra d’or for Best First Feature at Cannes with Atanarjuat: The Fast Runner. His second feature, The Journals of Knud Rasmussen, opened TIFF in 2006. A decade later, Kunuk and collaborator Natar Ungalaaq have used the plot of John Ford’s 1956 western The Searchers as inspiration for a very different kind of revenge story, in which an Inuk man and his band of maliglutit ("followers") set out across the barren Arctic in search of the marauders who have ransacked his home and kidnapped his wife.

Like Ford’s film, Kunuk's Maliglutit (Searchers) explores the repercussions of violence, asking whether these hunters have begun to act like those who have torn apart their family. Very unlike Ford, Kunuk questions not only the colonial ideology inherent to the western genre, but also the possibility of justice in a seemingly unjust world. With a tale as timeless as the landscape in which it is set, Canada’s foremost Inuk filmmaker has provided us with another classic.

In 2015, Atanarjuat was selected as TIFF’s number one Canadian film of all time. Kunuk has directed shorts such as Exile and Home and features such as Maliglutit, which won the CSAs for best film and screenplay. He recently directed the series Hunting With My Ancestors and executive produced SGaawaay K'uuna (Edge of the Knife). His latest feature, One Day in the Life of Noah Piugattuk, premiered at TIFF 2019. Most recently, he directed the short The Shaman’s Apprentice, which won the CSA for Best Animated Short among other awards at festivals worldwide.

In this spirited, punky post-apocalyptic adventure film, all the adults are wiped out by a mysterious plague, leaving kids and teens to fend for themselves. In the town of Potter’s Bluff, there is a sharp divide between two groups: the have-not Eastsiders vs. the tyrannical Westside Titans.

When one of their own is captured by the Titans, it's up to female punk rockers and best friends Nat (Iseman) and Scratch (Kwiatkowski) to lead the East side teens on a dangerous, high-octane mission that forever alters the future of their community.

Riot Girls is a punchy, poppy tribute to girlhood that raises a studded middle finger against classism and conformist culture. Packed with punk rock anthems and comic-book undertones, this film is a love letter to teenaged misfits everywhere.

“Riot Girls confidently and entertainingly sets itself apart from the pack rather nicely thanks to a well rounded script, playful direction, and a whole lotta swagger.” - Andrew Parker, The Gate

In the small village of Saint-Élie-de-Caxton, whenever something bad happens, the villagers blame Babine, the son of the village witch. Babine was born an outsider, and has spent his life being teased. When the local church burns down, the new priest becomes determined to find the culprit, and puts the blame on Babine, deciding he must be punished once and for all.

Babine is an offbeat comedy and a charming fairy tale filled with eccentric characters and has a strong message of acceptance that will resonate with audiences of all ages.

Luc Picard is a celebrated actor with over 50 film and television credits and two Jutra Awards to his name. He has directed Audition, Babine, Ésimésac, and a segment in the anthology film 9. Les rois mongols earned six Canadian Screen Award nominations. His latest film is Confessions and he recently starred in Arsenault & Fils and French Girl. 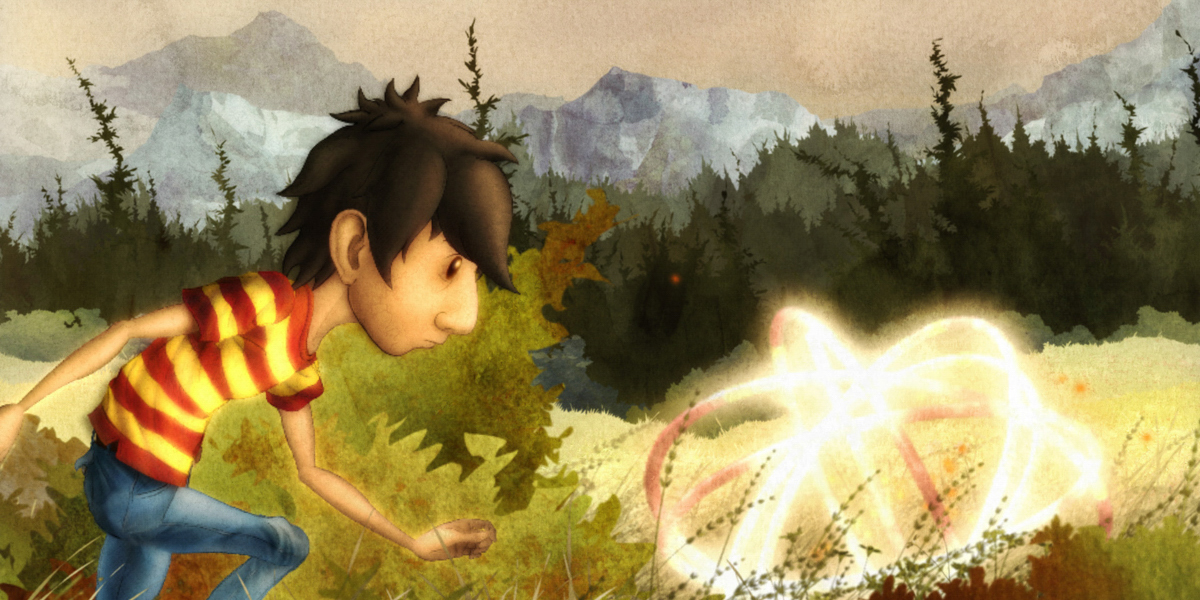 A young boy is transported through his television set to the scene of a traditional Indigenous hoop dance, encountering his family's cultural heritage in a new way. Includes spoken word rap in English and in Cree. 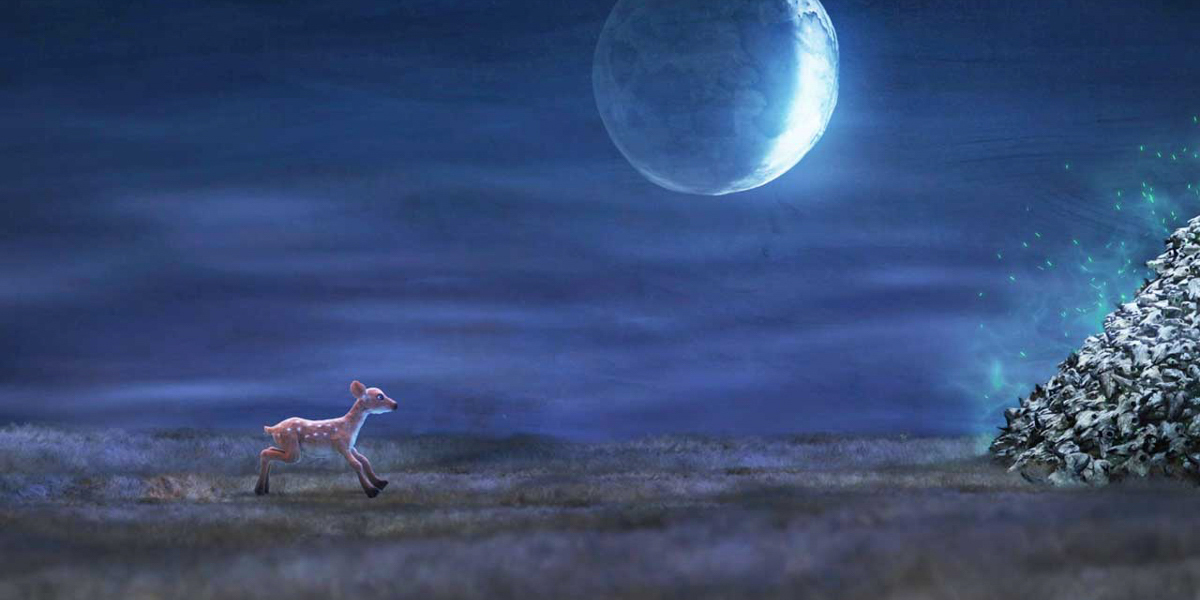