Grant Mazzy (McHattie) is a big-city shock radio DJ who has lost his job and moves to the small Ontario town of Pontypool, where he frustrates his new station manager, Sydney (Houle).

Nothing ever happens in Pontypool, so when Mazzy arrives at the station to start his show one wintry morning, he and his team are surprised by strange reports from town.

The station’s tiny crew find themselves holed up in their church basement studio, trying to piece together what’s happening outside as disturbing details pour in. Callers are making very little sense, and it seems like the English language itself is infected with a strange virus.

“McDonald knows it’s the things you don’t see, but only imagine, that best chill the blood.”
— Peter Howell, Toronto Star

McDonald directed the cult hits Highway 61, Roadkill, Hard Core Logo, The Tracey Fragments, starring Elliot Page, Pontypool, and the award-winning series Twitch City, episodes of Degrassi and Heartland. His recent films include Trigger, The Husband, Hellions, Weirdos and Dreamland. He recently directed the series Creeped Out and Malory Towers and is currently working on the films Switched at Death and I Have a Bad Feeling About This.

Barney’s Version tells the story of Barney Panofsky, played by Paul Giamatti in a Golden Globe–winning performance. As he progresses from young adulthood to old age, Barney ricochets from one romantic entanglement to another, trying to keep his outrageous father (Hoffman) under control while being pursued by a cop who suspects him of murdering his best friend, Boogie (Speedman).

Based on Mordecai Richler’s Giller Prize–winning bestseller of the same name, this rich and hilarious film won seven Genie Awards and was nominated for an Oscar.

Lewis’s television credits include episodes of Due South, Power Play, Beggars and Choosers, CSI: Crime Scene Investigation, Person of Interest and many others. His critically acclaimed debut feature, Whale Music, won four Genie Awards. Recently, he has been directing for television, including episodes of Westworld and Penny Dreadful, and is currently producing the series Trigger Me.

Bret Sergeant Hart — known in the professional wrestling world as Bret “The Hitman” Hart — was one of the greatest pro wrestlers in the sport’s history.

In 1997, at the Summer Series in Montreal, Hart put his WWF (now WWE) title on the line against Shawn Michaels, where the two privately agreed to end the fight with a no contest conclusion.

Referred to in the wrestling community as the “Montreal Screwjob,” the agreement was believed to be a secret betrayal of Hart, who was one of the WWF’s most popular performers. In the end, Michaels won the match, and Hart lost his title.

Jay’s award-winning documentary is an honest and engaging look at a world-famous career of highs and lows.

A decade-long feud between neighbouring pizza shops heats up when the children of the rival owners, Nikki (Emma Roberts) and Leo (Hayden Christensen) enter into an unexpected romance. With their love soaring higher than a spinning pizza pie, the feud between their parents also reaches new hilarious heights and they are forced to choose sides and compete against each other in the neighbourhood’s legendary pizza bake-off.

Set in Toronto’s Little Italy neighbourhood, and as tempting and saucy as a margherita pizza, this fun-filled romantic comedy with a lot of heart is sure to leave audiences feeling satisfied.

Petrie has directed many iconic box office hits, including How to Lose a Guy in 10 Days, Miss Congeniality and Mystic Pizza. His television credits include episodes of Chicago P.D., The Kominsky Method, Chicago Justice, and many others. He is currently developing several feature films, including Your Perfect Angel, Million Dollar Mustang and Jack vs. Future Jack.

This real-life adventure story is based on an actual Canadian WWII veteran and family man turned bank robber. Disillusioned by his post-war life, Eddie Boyd (Speedman) is torn between his desire to provide for his wife (Reilly) and his dream to go to Hollywood and become a star. Eddie is charming, ambitious and hungry for success, and ultimately turns to crime in order to attain it.

Eddie gets his start by recruiting a gang of small-time crooks and slowly turns them into a crack team of professional thieves. He launches a series of spectacular bank robberies, gaining notoriety and quickly becoming both a beloved national celebrity and public enemy number one. Part action-packed crime caper, part romance, this vibrant film brings an incredible true story to life.

Small-town life is driving Parry Tender (Orphan Black's Gavaris) crazy. It’s the fall of 1960, and Parry spends his time being pursued for truancy by the town constable (Coates) and hanging out with his best friend, Luke (Banszky), a tomboy with some dark secrets in her past. When an American military man (Madsen) brings his family to town, his daughter Debbie (Porter) steals Parry’s heart, much to Luke’s jealous frustration.

This heartfelt and often funny coming-of-age drama takes a turn when a strange weather condition suddenly allows Parry to receive a radio broadcast from New York City, and he starts to believe that a contest the station is running might just be his ticket out of town.

Winnipeg-born writer and director Schultz has worked in TV, shorts and feature films. He wrote and directed the features Jet Boy, Rufus, and Considering Love and Other Magic and wrote screen adaptations of Joy Fielding’s novels Don’t Cry Now, and The Other Woman, as well as the screenplay for The Humanity Bureau, starring Nicolas Cage. He’s currently writing the feature The Side of the Road.

A quirky comedy with a lot of heart, Citizen Duane tells the tale of Duane Balfour (Smith), a teenager with big dreams born into a family of spectacular failures. What starts out as a simple schoolyard rivalry snowballs out of control when Duane decides to run for mayor of his tiny town of Ridgeway. To succeed, he must overcome not only powerful political opponents, but also his own insecurities.

Duane's favourite teacher (Fox), his girlfriend and even his mom try to dissuade him from his goal, but Duane's irrepressible desire to challenge the powers that be is too strong. With the help of his misfit uncle (Logue), he just might stand a chance of becoming a credible candidate!

Writer/director Mabbott made his debut with 2005’s Life and Hard Times of Guy Terrifico, winning Best Canadian First Feature Film at the Toronto International Film Festival. He followed with Citizen Duane and television shows like Baxter and The Yard. His short documentary Music Lessons premiered at Hot Docs 2015. Most recently he wrote episodes of Ten Days in the Valley. 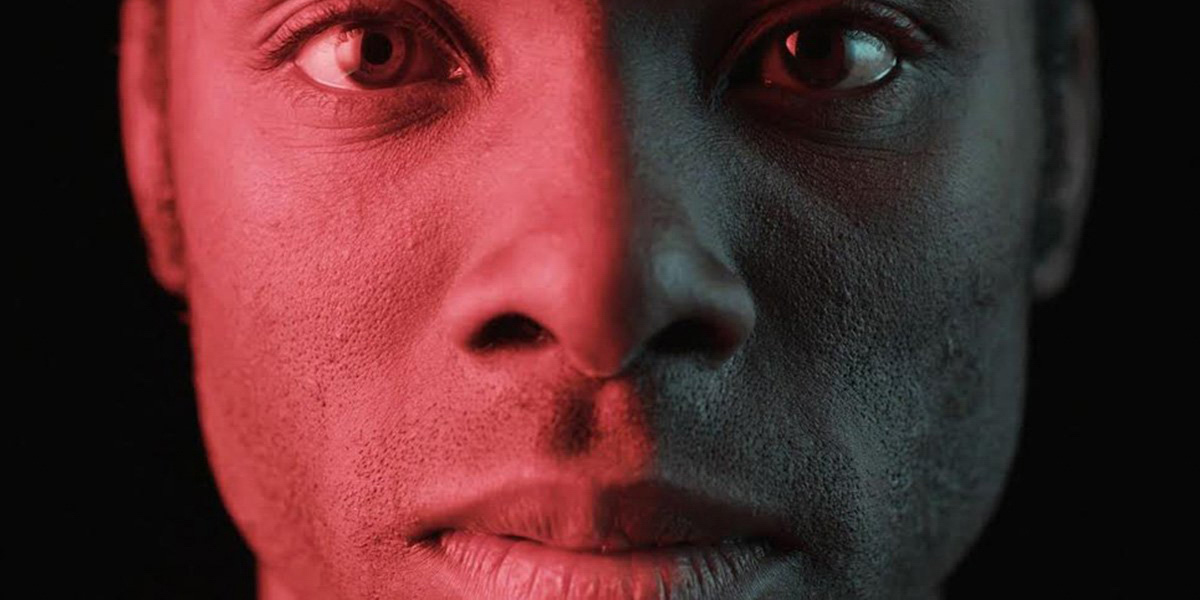 An urgent exploration of race relations, this documentary from acclaimed director Charles Officer follows award-winning journalist and activist Desmond Cole as he pulls back the curtain on racism in Canada, inviting all Canadians to understand the experience of being in his skin. Cole won a National Magazine Award for his impactful and incisive Toronto Life cover story about carding and racial profiling. Now, in Officer’s starkly honest doc, he journeys across North America, exploring what it’s really like to be Black in the 21st century.

“Cole’s journey is not just toward discovery, but toward the unveiling of a desperate, hidden truth: the truth about the skin he’s in. And the Canada we thought we knew.” – CBC.ca

Actor, writer and filmmaker Officer’s first feature, Nurse.Fighter.Boy, was nominated for 10 Genies, winning one. Officer also directed the docs Mighty Jerome, The Skin We're In, Unarmed Verses, and Invisible Essence: The Little Prince, as well as the feature Akilla's Escape, which won five CSAs. He has recently directed episodes of Coroner, and executive produced and co-directed The Porter. He’s also the executive producer of the upcoming docs The Art of Dance and Emmanuel.

Max Renn (Woods) is the president of a trashy TV channel desperate for new programming to attract viewers. When he and his girlfriend (Harry) unearth a mysterious show called “Videodrome” and try to find its origins, they end up embarking on a hallucinatory journey into a shadow world of conspiracies, sadomasochism and bodily transformation.

Videodrome is one of David Cronenberg’s most original and provocative works, and is widely acclaimed as one of the most influential and mind-bending sci-fi/horror films of the 1980s. “Long live the new flesh” goes this movie’s most famous quote — and long live crazy Canadian body horror!

Set in the Haida Gwaii region in the 19th century, Edge of the Knife (SG̲aawaay Ḵ'uuna in Haida) adapts a classic Haida folk tale of a man left for dead in the forest who becomes the Gaagiid/Gaagiixiid, or “the Wildman”. After an accident where he is separated from his family, Adiits'ii (York) wanders through the forest becoming driven mad by both natural and supernatural forces. As his loved ones, including best friend Kwa (Russ), set out to capture and cure him, Adiits’ii grows increasingly feral.

The first feature film made entirely in the critically endangered Haida language - fluently spoken by fewer than 20 people - the film is a spellbinding and mythical tale of pride, tragedy and love, set against the stunning backdrop of Canada’s Pacific northwest.

Made with a Haida cast and in collaboration with the Haida Council, this compelling film proves that cinema can be at once a powerful vessel for storytelling and a profound act of Indigenous language and culture revitalization.